AAHA recommends that all dogs not intended for deliberate breeding be spayed or castrated. For pet owners who choose to breed, practitioners should promote responsible breeding practices including collaboration with research programs to reduce perpetuation of disease through careful selection of breeding individuals.

Sterilized dogs of both sexes have greater average lifespans than intact dogs.95–100 Sterilization also changes the trajectory of disease acquisition and causes of death.95,100–103 Better data are needed about the optimal age to sterilize dogs of particular sizes and breeds in order to optimize benefits to health and longevity while minimizing risk of certain diseases.

Although there is emerging data from multiple studies, there is insufficient evidence to draw firm conclusions regarding the relationship between orthopedic disease and the timing of sterilization.104–109

Because sterilized dogs live longer, and neoplasia is more frequent at later ages, studies on the effects of sterilization on the diagnosis of neoplasia must be carefully constructed to avoid the confounding risk of age.97

Risk of certain cancers may be increased or decreased by sterilization timing, varying by tumor and breed.

A summary of the recommended timing for canine spaying and neutering is summarized here. 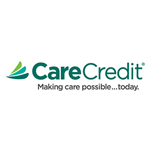